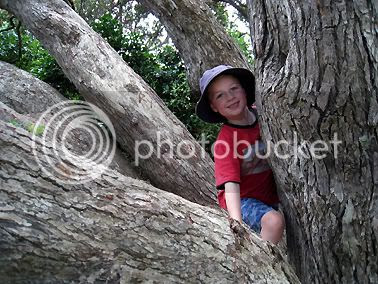 Late December and January are a weird time in New Zealand. After four Christmases here, I'm pretty much used to the whole "Christmas in summertime" thing, and we had a gorgeous holiday weekend to boot, with much eating outdoors, hiking on sand dunes, a bit of swimming (water's still a little chilly though) and more. I even got attacked by a crab which got tangled in my swim shorts perilously close to a place you don't really want a crab with pinchy claws going, if you get what I mean.

The entire country sort of settles into a weird torpor till about mid-January or so, the "silly season" as it's called. Many people take some of their four weeks' guaranteed annual holiday time in Christmas, and the kids go on their "summer holiday" break from school -- about six weeks off. It's far more of a holiday than it is in the US, where Christmas falls in winter and students generally only get a couple weeks off. Don't try to hit the roads going out of town or find a quiet campground in NZ in January -- everyone else has the same idea. Rather than taking a big holiday time here I've been taking several 2- or 3-day breaks here and there and combining them with weekends, it's worked out very nice so I haven't had a full 'regular' week of work in a month or so, and got to spend a lot of time with my parents while they were visiting.

Stores close down (my favorite comics shop doesn't reopen til January 9 - sob!), businesses roll down the hours and the Auckland traffic is suddenly deserted. Also a really bad time if you need to get a contractor or lawyer or other service. It's actually kind of a nice time to be living in this city of 1.5 million people if you do have to work, really. Besides, when there's several fine beaches within a 10-minute drive of our house I don't get fussed about trying to leave town this time of year, I'd rather do it when the rest of the country isn't on the roads too.
Posted by Nik at 11:52 AM