The best eight years of my life 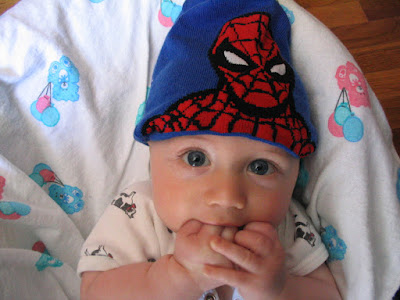 On February 18, 2004, we welcomed a new addition to our house. Today, Peter's a whopping EIGHT years old, which seems impossible to believe. But what an amazing little man we've created! 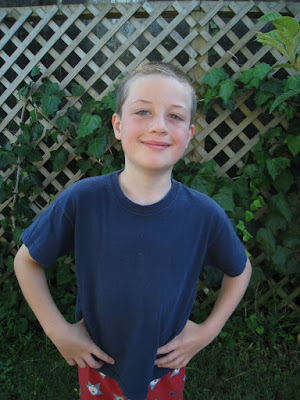 Email ThisBlogThis!Share to TwitterShare to FacebookShare to Pinterest
Labels: birthdays, family, the boy

Superheroes I Love #11: The Red Hulk 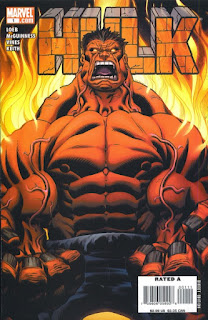 Honestly, there's a million reasons why I should hate Red Hulk. Another silly "copycat" next-generation superhero like Thor/Thunderstrike or Batman/Azazel, and don't comics really feed upon their tangled history way too often, anyway? But gosh darn it, there's something about an "evil," out-of-control Red Hulk that appeals to my inner 12-year-old, and this Hulk doppelganger (Hulkelganger?) has appeared in several surprisingly entertaining stories by Jeph Loeb and Jeff Parker in the past few years.

Who: The Red Hulk appeared in 2008 and over a lonnnnng, rather drawn-out plotline was finally revealed to be General "Thunderbolt" Ross, the military man who'd been obsessively hunting the "green" Hulk for years, and finally resorted to gaining Hulk powers himself to defeat the Hulk. Ross is a classic "Ahab" to the Hulk's Moby Dick, and part of what makes Red Hulk so interesting for me in his current stories is that his "secret identity" is a battered, world-weary career military man in his 60s - not your usual alter ego. Red Hulk is hot-tempered, devious and swaggering, yet as his character has settled he's developed a strange code of honour.

Why I Dig: The Hulk is such an iconic character - Jekyll and Hyde, with all the possibilities that eternal duality brings. Red Hulk provides an intriguing spin on the Hulk, who's been through any manner of permutations over the years - and it's the fanboy in me, but there's something smashing about the Red Hulk's design, all scarlet skin and burning red eyes. Red Hulk is a "gimmick" character but unlike many other "spin-off" superheroes he's got the raw materials to last - his secret identity, General Ross, appeared in the first "Hulk" comics back in 1962 so there's a lot of character work to draw on.

Read this: The best Red Hulk stories so far have been quite different. Jeph Loeb is not a writer I normally care for, as he favors bombastic shock and awe over plots that actually make sense. But in his early Hulk/Red Hulk stories his over-the-top approach is exactly what the story needs, with Red Hulk punching his way around the Marvel universe, beating up everyone from Iron Man to the Watcher (!). The "who is Red Hulk" mystery dragged on way too long, but as far as rather brainless punch 'em up comics go, I dig Loeb's work, particularly "Hulk Volume 1: Red Hulk."

But even better is writer Jeff Parker's take on Red Hulk once he's been "redeemed" and made a gruff anti-hero - his work in the Hulk comics adds much-needed depth to Thunderbolt Ross, playing up the frustrated military man turned superhero angle. "Red Hulk: Scorched Earth" is a great sampler of his work on the character.