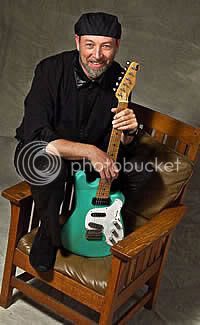 MUSIC: Shoot Out The Lights

Woo hoo! I just bought a ticket for one of my top 10 musicians, Richard Thompson, who's performing in Eugene May 9. Thompson's guitar playing skills are legendary and he's one of the best singer/songwriters out there, yet despite being a fan since '91 or so, I still haven't seen him live. He's apparently doing his fascinating 1000 Years of Popular Music tour, in which he plays a selection of tunes ... well, from the last 10 centuries, from ancient ballads all the way up to Britney Spears (seriously, you have to hear the man's cover of "Oops I Did It Again.") I keep having him play shows near me yet something always blocks me. Finally, I'm going! (Now that just leaves Bowie and Peter Gabriel up near the top of my list of Musicians I Have To See Before They Or Me Die.)

Now if the awesome new RT box set I ordered like a friggin' month ago on eBay would ever arrive, I'd be a happy man...
Posted by Nik at 10:48 AM