LIFE: My Worst Neighbors Ever

Yes, I've gone all green on top. It's Spring.

So our next-door neighbor celebrated her 93rd birthday over the weekend. She's been a fantastic neighbor, quiet, really nice to us and Peter. Slowing down a bit but still in pretty good shape for 93. I'd have to think about it but I'd say she is pretty close to the Best Neighbor Ever. 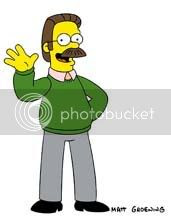 Which leads to the Worst Neighbors Ever. I'm a finicky guy about my peace and quiet, and like to think I'm considerate of my neighbors. I don't ask a lot, just don't wake me up in the middle of the night or sell drugs. I've had a few neighbors that made me rethink my anti-gun position. After one too many nutbags, I vowed a few years back I would never ever live upstairs or downstairs from someone ever again. And so it has remained. Not all neighbors have been hell, but here are my picks for
MY FOUR WORST NEIGHBORS EVER

4. Crazy Marines with Pit Bull, Oxford, Mississippi, 1994. This was a strange subterranean basement apartment I stumbled into for my final semester of college, because a friend of mine had it and she'd moved out. I didn't realize at the time that she had three psychopathic Marines living upstairs who would be oddly quiet for days at a time, then throw weekend-long hoedowns that'd start with awful Garth Brooks country blasting away and then proceed on to Megadeth at about 2 a.m., with lots of stomping on the ceiling above me. And they had a pit bull they'd leave tied up right outside my bedroom window. Trust me, you didn't want to ask them to "keep it down." Scary, scary people. They'd be higher on the list but I only stayed in the place for four months.

3. The 11th Floor of Stockard-Martin, University of Mississippi, 1990-1991. Everyone should live in a dorm for part of college, if only to learn what "Animal House" is like in real life. (Like "Lord of the Flies" meets "Jackass," frankly.) I had good times, of course, because I was 19 and half-crazed with independence, but admittedly, living on the top floor of this all-male dorm was like being in a petri dish. Lunatic backwoods Mississippi rednecks, spoiled Southern trust-fund brats, would-be Memphis gangbanagers, all collided on one floor (the "honors floor," in theory, which just meant the depravity was more creative). I recall Wagner's "Ride of the Valkryies" being blasted at midnight in an elevator shaft, endless false fire alarms, Vaseline on the doorknobs, vomit in the halls and more. It was awesome. Yet I didn't sleep much in 1990-1991, and it all got a little old after a while, so they're on the list.

2. "Joe," Lake Tahoe, 2000. This was in Lake Tahoe, where we lived in an upstairs condominium that was frequently vacant. But in 2000, this slacker snowboard bum kid moved in, and for a while, it was OK. Then he started playing video games real loud all night long through our paper-thin floor, having visitors at all hours, and, oh yeah, dealing pot. It was the pot dealing that finally led us to get the landlord on the phone and ended up getting him evicted after several weeks of 2 a.m. "pot calls" by his clients banging on our shared front door and that familiar odor sifting up through the carpet. The highlight of it all was when he did get tossed out, I got to listen to his dad (who had been paying the rent for spoiled son, of course) yell at him for several hours straight while they hauled all his stuff out. Don't mess with me!

1. Rednecks from Oakdale, Calif., 1997. You know the type – the short, crew-cut guy who has a tin of Skoal in his back pocket, a "tough guy" goatee and beady, primitive eyes, the kind of guy who'll just snap all of a sudden. I got to share space with two of these über-rednecks in 1997 in a tiny cinder-block walled apartment grafted onto the back of a house. They lived in the front, I lived in the back down a tiny alleyway. You name it, these guys did it, and despite the concrete walls between us I heard it all – loud bass-heavy music at all hours of the night and day, revving truck engines in the front yard, occasional rifle shots in the air, and best of all, loud screaming matches between the one I nicknamed "Redneck Joe" and his girlfriend. These fights would start with yelling, then some slamming of furniture and glasses, and then end in even worse, loud make-up sessions in which one of them screamed like a wildcat at the end. I hate to call da cops, but I must've called the police a half-dozen times on these yahoos before their rent checks bounced and they finally left after several torturous months in which I wore earplugs to sleep every night. The worst of the worst. I wasn't in a happy place anyway as it was shortly after I'd moved away from all my friends in Mississippi, I was dead broke and working at a pretty lousy paper, and it was before my darling future wife moved in with me. Bad space, man. Worse neighbors.

Who's your worst neighbor ever?
Posted by Nik at 4:20 AM

Email ThisBlogThis!Share to TwitterShare to FacebookShare to Pinterest
Labels: life