...So I've had my lovely iPod a little over 2 years now, crammed to the gills with around 6000 tunes (frequently changing). iPod shuffle is one of my best friends as it's like a jukebox that never stops, a mix tape you don't have to spend time mixing. It isn't always spot on to my tastes (the shuffle had such an inordinate fondness for Coldplay that I rapidly got sick of them), but hey, it's random. I was curious as to what the shuffle and/or I have played the most often in the last two years, and it was indeed an odd mix, so here's --

The 10 Most Frequently Played Tunes 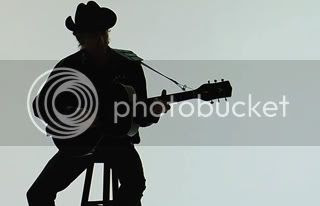 1. "Bohemian Like You," The Dandy Warhols - Odd that this should be #1, but I went through a phase where I played this very catchy tune at least once a day.
2. "King Of Carrot Flowers Part 1," Neutral Milk Hotel - Not the most audience-friendly tune, haunting and kind of screechy but oddly beautiful.
3. "Breaking Glass," David Bowie. From Low, one of those grand and strange otherworldy instrumentals by Eno/Bowie.
4. "Communist Daughter," Neutral Milk Hotel - I have no idea why this is #4, as I can't remember what it sounds like.
5. "The Bleeding Heart Show," The New Pornographers - Perfect pop tune from their 2005 masterpiece Twin Cinema.
6. "Concerning The UFO Sighting Near Highland, Illinois," Sufjan Stephens - I love the album this is from, Illinois, although this fragile little tune isn't quite my favorite on the album, but that's the shuffle for you.
7. "Sugarcoated," Aimee Mann. Courtesy of the shuffle again, bittersweet pop.
8. "Thank You," Alanis Morrisette. Geez, this list makes me look ultra sensitive and girly indeed. Where's the Iggy, the Nirvana, the Gang of Four, the Velvet Underground? ...I do like this song, I admit.
9. "You Ain't Goin' Nowhere," Bob Dylan. Ahh, one of my all-time favorites.
10. "Rose Parade," Elliott Smith. Another achingly sad lullaby by one of Oregon's lost sons.

Curious indeed what the shuffle will turn up. Some of these I'd not list in my top 100 songs of all time, some are indeed fine stuff. What's most played on your mp3 player? Tag, you're it - Lefty, Jay and Ash!
Posted by Nik at 4:18 PM