"The force is strong in this one." 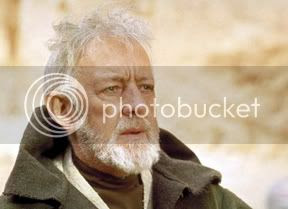 At long last, we have begun indoctrinating the boy in the ways of the Jedi. Thoughts and questions of Peter, age 4 1/2, upon his first viewing of "Star Wars" ("A New Hope," of course) on an extremely rainy, blustery winter Saturday afternoon:

"Why are they having a robot garage sale?"

"Does Han Solo have any superpowers?"

"Who's that slug man? I hope he [Han Solo] doesn't get eaten because did you know, that slug guy likes eating LOTS of things." 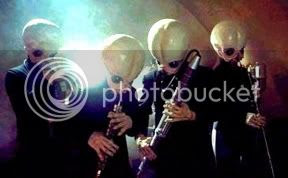 "That robot looks like a tiny mouse and I can show you my mousey voice sqeeeek squeeek squeeek."

"R2D2 turned off the radio and turned it back on and then made it LOUDER!"

"R2D2 can turn into a fire extinguisher or a screwdriver. He's a changing robot."

"There's an ocean under that garbage floor!"

Final thoughts: "I like Star Wars because it had my toy robot in it!"

And then he was off to run around the house being a TIE fighter.
Posted by Nik at 8:13 AM

Email ThisBlogThis!Share to TwitterShare to FacebookShare to Pinterest
Labels: star wars, the boy