Miscellany: Will Elder, silly sequels and "Once" 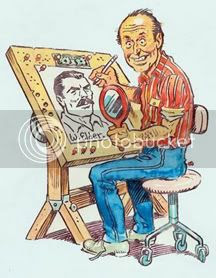 • Aw, nuts: The utterly mad cartoon genius Will Elder is no longer with us, dead at the age of 86. In the hundred years or so of the cartoon medium, I would have to peg Elder as the single funniest cartoonist we ever had – best known for his work in Mad, Little Annie Fanny and Goodman Beaver, some of the funniest comics the '50s and '60s ever saw. Together with partner Harvey Kurtzman, Elder would pack every single molecule of his art with way-out gags, going for sheer quantity over anything else – and his rubbery, detailed art was fantastic, wonderfully suited for his parodies of Superman, Archie, King Kong, et cetera. With Kurtzman, he basically created the spirit of Mad Magazine that still spins along today. More than 50 years later, his work still holds up as a pinnacle of the art form - even if you've never seen an episode of the old TV "Dragnet" you can still get a grin at his utterly insane riff on stiff Joe Friday's detective skills. Dang, dang funny stuff and pretty much every cartoonist who picked up a pen with the idea of being funny in the past 50 years owes something to him -- but very very few could do it with his skill. The great coffee-table art book "Will Elder, The Mad Playboy of Art" from a few years back is a fantastic tribute to his life and work. Rest easy, great jester. 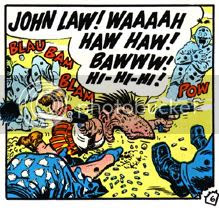 (*And go read my pal Will Pfeifer's own post on Elder for a far more eloquent memorial and some more excellent Elder art samples!)

• Unwanted movie sequel news #2: Point Break 2 -- Dammit, you don't mess with Johnny Utah. The original, is, of course, the finest movie ever made as I have written. Don't despoil it. As Keanu would say, "Whoa."

• Watched the lovely little Irish movie "Once", which picked up an Academy Award for Best Song a couple months back. Humble and charming, it's a sweet almost-romance about a struggling Irish musician and the Czech girl who becomes his artistic muse, and it's one of these small movies that just sticks in your head after seeing it. It doesn't have a bone of irony in it, and somehow that's what makes it so nakedly emotional and great. Frames frontman Glen Hansard is particularly fine in it, one of those musician types we've all met who have their head halfway in the clouds most of the time, his eyes intense with imagined tunes. The music is surprisingly intense, and although most of the The Frames' music I've heard is good but not great there's a couple of songs from this soundtrack I can't get out of my head. Well worth seeing if you're a fan of music or sweetly subtle love stories.
Posted by Nik at 12:20 PM