The enigma of Scott Walker

It's always nifty to 'discover' a new artist that you've heard whispers of but never experienced. Scott Walker is a name I've heard about here and there over the years but never really paid attention to, until I saw the enthralling documentary "Scott Walker: 30 Century Man" a couple months back. Now I'm a big fan. 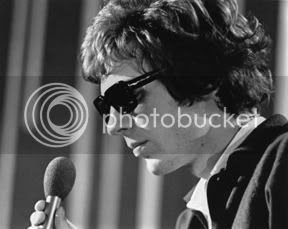 Scott Walker was one of the Walker Brothers, a crooning Brit pop kind of band back in 1960s with songs like "The Sun Ain't Gonna Shine Anymore." He had a brilliantly resonant voice, full and lusty, although that early material was pretty much your standard "moon in June" love songs. But when Scott went solo, something happened to him. He developed an interest in classical music and particularly in the work of Jacques Brel, whose sleazy and decadent anthems foreshadowed the work of Lou Reed.

A string of almost flawless solo albums spun out – "Scott," "Scott 2," "Scott 3," and "Scott 4," featuring a mix of Brel covers and Walker's own esoteric work. There's nothing quite like this stuff – very much of its late '60s/early 70s time, it's densely orchestrated but has a haunted heart. It's kitschy upon first listen, but then something in it grabs you and won't let go. Walker's work clearly influenced David Bowie, Radiohead and many others. The most amazing instrument of all is that voice, resonant and sonorous. His readings of Jacques Brel tunes are astounding, over-the-top and catchy in a strange and seedy way. Hearing this smooth silky voice sing lines like "And if I joined the social whirl / Became procurer of young girls / Then I would have my own bordellos," it's like a man out of time. Walker was going in directions few popular crooners did in the late 1960s. 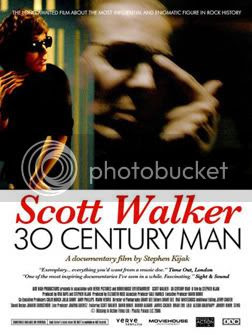 But after that string of albums, he kind of faded away. A few less inspired works which didn't feature his own songwriting, a perfunctory Walker Brothers reunion, and only two or three albums in the last 30 years. But the sporadic albums that have come out have been increasingly strange stuff, as the reclusive Scott goes digging into the dusty corners of innovation. It's a remarkable transformation – imagine, say, Neil Diamond suddenly swerving into avant-garde classical music and Krautrock. Listen to 1995's "Tilt" and the 1970s "Scott" albums, and other than that remarkable voice, you'd never know it was the same artist.

By the time you get to 1995's "Tilt," it's like descending into someone's dark dream – like an opera performance with an industrial music backing, Walker's increasingly surreal vocals swirling in and out of cacophony. It's less tuneful and hummable than his earlier work, but it casts a kind of strange spell as mood music. It's as far from "The Sun Ain't Gonna Shine Anymore" as you can get.

I'd definitely recommend any of his "Scott" series for anyone interested in baroque and theatrical pop. As the work gets weirder and stranger it's more of a challenge, but the constant thing throughout is that amazing voice, the voice of an artist who's constantly reaching in new directions.

The "30 Century Man" documentary does an excellent job of following Scott's journey. Here's a trailer: