Socialized medicine: Good for what ails you

Once again, America is trying to revamp its disastrously weak and expensive health care system. I wonder if they'll succeed, but judging from how often phrases like "socialized medicine" are being thrown about, I have my doubts. President Obama's plan is probably not perfect, and could certainly be fine-tuned and will cost money to get going, but really, the objections of most of the Republicans and others seems to be based on playing politics rather than principle. It's an Obama plan, so it's a bad idea. It's downright un-American to let the government pay for some of your sick care, darn it! Repeat the old arguments ad infinitum, and forget about the growing cracks in America's economy that can be directly traced to a collapsing health care system. 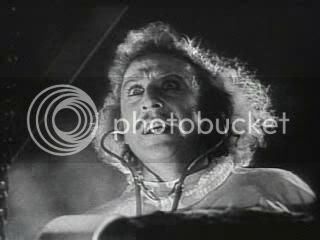 All I know is that I've lived in America with its health care system and under New Zealand with its commie-loving red "socialised medicine," and I sure know which I prefer. Neither system is perfect, but in America, my family constantly had to prepare ourselves for how much basic medical care was going to run us. We had to set aside thousands of dollars just to have a baby, knowing the costs would exceed deductibles. Every single time I had a medical procedure - and I've had a few - you could guarantee it would spend months winding its way through a labyrinthine insurance maze, where each claim would randomly be approved or not depending on the mood of the insurer.

Back in 1999, I had an emergency appendectomy. Bad scene, vomiting, dizziness, et cetera. At the doctor's office I was in a pretty bad state, and my friend Irwin was going to drive me 20 miles up the road to the hospital. But the doctors saw how bad I was and decided it would be better to get an ambulance ride (my first and only ambulance ride, and I was too out of it to enjoy!). Months later, my insurance told me they wouldn't cover the $400 ambulance ride, as it wasn't medically necessary. This despite the fact that the doctors at the clinic REFUSED to have someone drive me to the hospital. Should I have walked? The Orwellian inanity of that one simple claim sums up to me what's bankrupt, morally and financially, about US healthcare.

By contrast, all the medical care we've had in New Zealand has been pretty great. Doctors' visits are nearly free (we pay a token sum at our doctor who's in the fancier part of Auckland, but he's unusual -- most GPs are basically free). I get referrals to hospitals for major care if needed; just today, I got an appointment for a hearing test with some problems I've been having with one ear. Won't cost me a cent. Now, sometimes you do have to wait a while for referrals and there are other flaws with the system, but still, I know which I like more. Our taxes are no higher than they were in the US with state/federal/Social Security and insurance payments, and I'd much rather pay taxes for sure government service rather than dob in for an insurance payment that may or may not result in coverage eventually depending on corporate whims.

I wish Obama luck. I think trying to rush anything so big through in a few weeks is a bad idea, but he's fighting the good fight so far by not just letting the idea die like the Clintons did back in the 1990s. But the problem in America is that far too many powerful interests are opposed to reforming health care out of greed, or laziness, or simple partisan point-scoring, banal slogans winning over substantial debate any time. It's a shame, and one of the things that reminds me why I live overseas now.
Posted by Nik at 3:40 PM

Email ThisBlogThis!Share to TwitterShare to FacebookShare to Pinterest
Labels: liberal rant, sickness, the US of A