OK, I'm not really so into the Academy Awards as I used to be. For one thing, in NZ they don't air live on free-to-air TV, but rather a few days later, by which point you've already heard about all the good parts anyway and don't want to sit through three hours of it.

Also, as I generally grow a wee bit wiser and grayer with age, I've really noticed how little the awards really have to do with overall film quality. Some great movies get nods, some don't. It means a lot to some people, I guess, but it's just an awards show. I don't get all bent out of shape over it, but it's a bit of a mug's game when, say, an Al Pacino wins for shameless pap like "Scent of A Woman" instead of a dozen worthier flicks. Call it The Oscar Overcompensation Effect.

This year, I've only seen 3 of the Best Picture nominees ("The Reader" hasn't made it here yet while "Frost/Nixon" I haven't gotten around to). Still that won't stop me from making a few random predictions of today's ceremony: 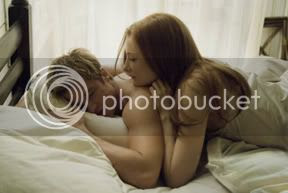 It is written that "Slumdog Millionaire" will surely win it, and of the flicks I've seen I have to say it deserves it. It's not perfect and there might well be a better movie from 2008 I haven't seen yet, but it's quite an enjoyable entertainment and it sheds a light on a part of the world America doesn't often think about. I also enjoyed the romantic fable and nomination leader, "The Curious Case of Benjamin Button," but with lessening ardor as time passes (the hilarious "Forrest Gump"/"Button" mashup video really sums it up well). It's a good movie that tries a bit too hard, despite fine performances by Brad Pitt and a luminous Cate Blanchett and stunning special effects.

Best actor:
I haven't seen "The Wrestler" but I kind of believe Mickey Rourke is more likely to win than my own pick, Sean Penn. Penn certainly deserves it for his wonderful take on Harvey Milk, America's first notable elected gay politician. "Milk" is a very good film and Penn is open-hearted and sincere as Harvey without ever quite being a mincing gay stereotype. He's a hell of a lot better in this than the overwrought "Mystic River" which he did win an Oscar for (see: Al Pacino, above).

Best actress:
This category annoys me, because infinitely talented Kate Winslet really should already have a couple of Oscars. She should've won for "Little Children" or "Eternal Sunshine of the Spotless Mind," frankly, rather than a kinda dubious sounding Holocaust movie which I admittedly haven't seen. But like she joked herself on Ricky Gervais' "Extras": "'Schindler's Bloody List,' 'The Pianist' -- Oscars coming out of their arses." Do a Holocaust movie, get a golden boy. Oscar Overcompensation Effect. On the other hand, warhorse Meryl Streep might win this one. But Winslet is overdue and pretty much the best thirty-something actress we've got, so give it to her already, whatever the movie! 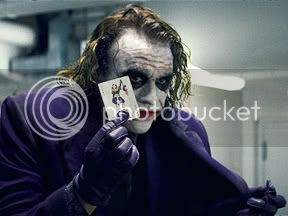 Best supporting actor:
Yeah, Heath Ledger will win, and yeah, Ledger deserves it for his already-iconic psychopath Joker in "The Dark Knight." Frankly, he should've won for "Brokeback Mountain" in 2005. But part of me would really, really love to see Robert Downey Jr. win for "Tropic Thunder," because comic acting of that quality ("I'm the dude playin' the dude, disguised as another dude!") is a lot harder than it looks. But being dead trumps being black.

Best supporting actress:
This is often the "who is that again?" award so it may well go to one of the lesser-known names in this category. (Scuttlebutt seems to be that Taraji Henson of "Button" will win, but I'm sorry, I didn't really think she was more than adequate in the movie.) Of the nominees, I'm a big fan of charming Amy Adams ("Enchanted," "Junebug") so even though I haven't seen her in "Doubt," I wouldn't mind seeing her win at all. 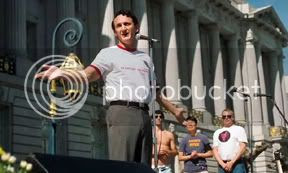 Best director:
OK, some years the Academy likes to split the picture/director awards. Frankly, I think they should this year, and give it to Gus Van Sant for "Milk." Danny Boyle was superb with "Slumdog," too, but his hyperkinetic style sometimes works against the film, rather than with it, I thought. I felt like "Milk" was the more personal statement, and a beautiful peak in a career thats included many wonderful films. Van Sant's style is never flashy, but instead, it's kind of haunting in films like "Drugstore Cowboy" and "To Die For." "Milk" is a perfect evocation of 1970s San Francisco (my first memories of The City are from that time, and I felt like I was watching a time machine during some sequences). Van Sant expertly combines archival footage with his recreations, and shoots the entire movie with a poetic eye, enhancing what could've been a traditional biopic in another's hands into something that has real power. I think "Slumdog Millionaire" is a bit better story, but "Milk" is better directed.