It's not the heat, it's the humanity

Yes, it's winter in half the world, but hot and sticky summer in the other half. So it's only about the equivalent of the mid-80sF here but apparently we've hit 100% humidity at points in the last few days. Frankly, I didn't know such things could be done. I thought 100% humidity means we're underwater. Which is kind of what it feels like. My sweats are sweating. You go swimming to feel less damp. I realize now I could never survive a really humid place like Southeast Asia (and I lived through Mississippi summers for seven years, by gum!). 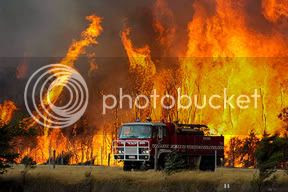 And the heat can be far worse -- it's very sad to see of the tragic wildfires across the pond in Australia; the at least 200 death toll and photos we've been seeing are truly horrific. I've long feared California having something similar happen; fires are a dime a dozen in the Golden State but (knock on wood) they've not quite gotten to this holocaust point.

But I do have to wonder if it's just a matter of time; as places dry up and people fill in all the space, firestorms like this surely will happen more. When we lived up in California's Lake Tahoe 7-8 years ago, we had several wildfire scares there; the Tahoe basin basically is a giant funnel with only a handful of roads in and out. I thought about what would happen if a giant blaze took hold there, and how quickly roads would jam, and what might happen next. The storms in Oz might not happen like that in the US (one of the terrible aggravating factors there is how incredibly flammable eucalyptus trees are). But it's a sober warning for pretty much everyone who lives in a fire-prone zone.

Donate to help Australia's wildfire victims here.
Posted by Nik at 8:36 AM