I'm deep in the zone working on a writing project, so little of major content to be expected for a spell. But here's what's been amusing me lately in a few words or less: 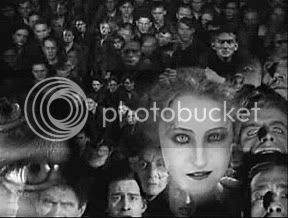 WATCHING: The other day at the Warehouse (local chain) I found, in a $9 DVD bin, this classic I've long wanted to own: Fritz Lang's "Metropolis," the special restored 2-DVD edition. Despite being nearly 80 years old, this German silent film still casts a strange spell over me – the astounding set design, the brooding music, and particularly, Brigitte Helm's sensual wide-eyed performance as Maria, which is both very stylized and yet oddly modern. If you've never seen a silent film before, this is where to start. Particularly interesting is learning how these still-awesome special effects were done in 1927, without a computer in sight. And there's a nifty documentary on the entire German expressionism movement and the painstaking restoration of this film, which almost looks like it was made last week. 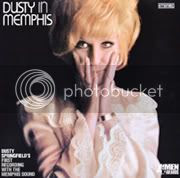 LISTENING: "Dusty In Memphis," by Dusty Springfield. There's just something wonderful about this woman's honey-and-tease voice, and I've long meant to pick up this classic 1969 album after hearing some of the tracks over the years. "Son of A Preacher Man," "Breakfast In Bed," "Just A Little Lovin'," "I Just Can't Make It Alone" – these tunes have this kind of brittle soulful beauty to them, with Dusty's Britain-meets-Memphis sound still fresh and fascinating. I picked up the Rhino Deluxe Edition of this which boasts an entire album's worth of rare tracks. Groove it!

WATCHING: New Zealand TV tends to be a little behind American TV, so we're just getting "Heroes" over here, which started in America last fall. I only saw part of one episode then, but it seemed like something I'd dig if I was in on it from the start. What does anyone think of it?
Posted by Nik at 12:09 PM