Happy 60th Birthday, Mr. Bowie
(and my top 25 Bowie songs of all time)

Good lord, yes, today, Monday, is the day David Jones, aka The Thin White Duke, aka Ziggy Stardust, turns 60 years old. David Bowie at 60, who would've imagined it? For years now, Bowie has perched high at the top of my favorite musical artists list.

I first got into Bowie in the hydrogen-peroxide hairdo era of "Let's Dance" and "China Girl," then sometime around 1988 got his "Changesbowie" greatest hits cassette, which blew my mind like few albums since (spanning from the dreamy nihilism of "Space Oddity" to the top-40 bop of "Blue Jean" on one slim tape). To varying degrees of obsession, Bowie's been tops of my pops ever since. Today I've got every Bowie album of note and a healthy stack of bootlegs to add up to more than 50 CDs, far more than any other artist in my CD closet.

I think what I demand most from a musician is change, is the ability to come up with new angles and new ways of showing us the world. "Space Oddity" and "Warszawa" and "Little Wonder" barely sound like they're from the same planet, let alone by the same man. Bowie is the king of that chameleon mutation. 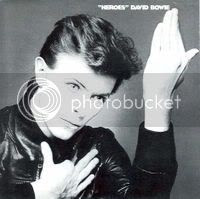 I decided to mark Mr. Bowie's 60th by listing my Top 25 David Bowie Songs of All Time, "High Fidelity" style. In flicking through the Bowie CDs in my collection, it was like finding familiar old friends again. My final tally is a scattered list, some popular faves, some lesser-known tracks. I've long settled on Bowie's "Berlin" era, roughly 1976-1980, as my favorite part of his career, though I've also got a soft spot for the "electronica" Bowie comeback of the late 1990s' "Outside" and "Earthling" albums. His earliest hippie-dippy stuff never did much for me ("The Laughing Gnome"? Egad), and even "Hunky Dory" I have to be in the right frame of mind to dig. But the sprawling diversity and creativity of Bowie's nearly 40 years of music still amazes me, and every new Bowie album remains worth buying to me.

1. Space Oddity (Space Oddity, 1969) - Spaced-out and lost, the song that inspired everyone from Yo La Tengo to Wilco.
2. Quicksand (Hunky Dory, 1971) - The best of Bowie's early "ambiguously gay crooner" phase, where his reach often exceeded his grasp. This song is pretentious, but there's a real pathos lurking beneath the wordplay.
3. Ziggy Stardust (The Rise And Fall of Ziggy Stardust, 1972) - Thirty-plus years on, there hasn't been a better song about being in a rock 'n' roll band. 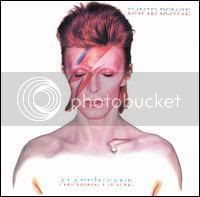 4. Lady Stardust (The Rise And Fall of Ziggy Stardust, 1972) - Gorgeously lonely cabaret.
5. Waiting For The Man (Bowie at the Beeb, 2000) - Recorded in 1972 for the BBC, this sleazy, grooved-out cover of the Velvet Underground tune actually bests the original in my humble view.
6. Diamond Dogs (Diamond Dogs, 1974) – Raunchy and spastic, the last sputter of Bowie's "Ziggy" era of decadent glam rock; but what a farewell!
7. Young Americans (Young Americans, 1975) - Bowie's plastic soul phase, and an ironic anthem that still feels kind of fresh and electric. 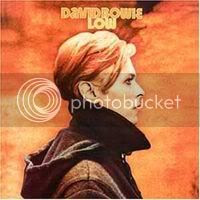 8. Station To Station (Station To Station, 1976) - Ten minutes of soaring rise and fall, apocalypse and redemption, Bowie's single most epic track.
9. Sound And Vision (Low, 1977) - A sweetly sinister ode to the power of music.
10. Warszawa (Low, 1977) – The best encapsulation of the still-futuristic instrumentals Bowie and Brian Eno created; an instrumental glimpse into a fragmented, eerie parallel world.
11. "Heroes" ("Heroes," 1977) – The finest of Bowie's "dreamer" songs, about love that just won't last, and a well-deserved classic.
12. Look Back In Anger (Lodger, 1979) — Gloom-ridden, hook-filled doomsday rock, about the approach of death or something stranger still?
13. Scary Monsters (And Super Creeps) (Scary Monsters, 1980) - If I had to pick a single Bowie album as my favorite, 1980's album of this title would likely be it, covered in jittery angst and with a melancholy danceable heart.
14. Teenage Wildlife (Scary Monsters, 1980) – A yearning, murky yet urgent anthem. 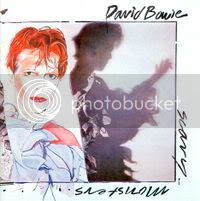 15. Ashes To Ashes (Scary Monsters, 1980) – Goodbye to the past, but what lies ahead?
16. Let's Dance (Let's Dance, 1983) – "Sell out" or utterly perfect pop escapism? I favor the latter.
17. China Girl (Let's Dance, 1983) —Evocative of the foreign shores where I'd one day end up living. Its slightly patronizing colonialism still hints at the mysteries of the wider world.
18. As The World Falls Down ("Labyrinth" soundtrack, 1987) - Ultra-cheeseball choice, but I've a soft spot for the Bowie/Jim Henson fantasy collaboration, and this one fairy-tale romance song by Bowie as the Goblin King always stuck with me, even when I saw "Labyrinth" in the theater three times at age 15.
19. Run (Tin Machine, 1990) – Everyone maligns Bowie's Tin Machine phase, but I still thought there were some fine hard-rock tracks in amongst the filler. This tune always puts me in mind of the summer of 1990.
20. Miracle Goodnight (Black Tie White Noise, 1993) – "Black Tie" is a little too fluffy an album for me, but the boppy bliss of this Bowie-as-lothario tune always gets me to smile.
21. The Buddha of Suburbia (Buddha of Suburbia soundtrack, 1993) – Lost through much of the late 1980s and 1990s, it took a BBC soundtrack for Bowie to start finding his muse again; this ode to a life long gone is one of his most heartfelt ballads. 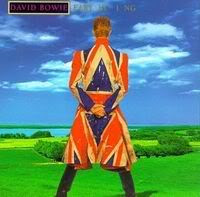 22. Hallo Spaceboy (Outside, 1995) - Bowie goes industrial in this chaotic dance tune, backed by a killer drumbeat. From the muddled yet fierce concept album "Outside," which boasted some of Bowie's strongest music in years.
23. The Heart's Filthy Lesson (Outside, 1995) - Another killer "Outside" tune, slinky and sinuous; the disturbing video makes Bowie seem truly dangerous for the first time in years.
24. The Last Thing You Should Do (Earthling, 1997) - Bowie's drum & bass experiments continue, with this seething, staticky explosion of a song, like a distant cousin to the angst of "Scary Monsters."
25. Bring Me The Disco King (Reality, 2003) - Bittersweet and nostalgic, a nervous cousin to "Station To Station," looking back at the years and as naked emotionally as anything Bowie's ever done.
Posted by Nik at 7:41 AM