Happy 70th birthday, Bob Dylan - and 10 of my favorites 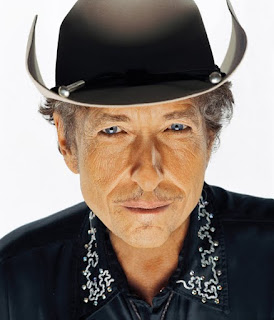 The beautiful thing about Bob Dylan for me is that you never quite get to the bottom of him. After a casual Dylan fandom for years, I dove whole-heartedly into the world of Dylan obsessiveness about five years ago. I haven't quite come up for air yet. Today, the man turns 70.

So in honor of Mr. Dylan's 70th, here's a list. Of the hundreds of Dylan's songs that are out there, my favorites are constantly changing. Here's what my 10 top Bob Dylan songs are today. Tomorrow, they could be entirely different. That's kind of the beauty of Bob; everybody's Dylan is a different one. Happy birthday, Mr Zimmerman!

Blowin' in the Wind: This was probably my first exposure to Bob Dylan; I remember singing it in class in third or fourth grade during music lessons. It stuck in your head, instantly. I think I'd assumed it was some 100-year-old standard, not knowing it was written less than 10 years before I was born. Some of Dylan's songs kind of seem like they always existed, excavated from the earth at just the right time.

Not Dark Yet: Is this 1997 song from "Time Out Of Mind" the most depressing one Dylan ever wrote? Perhaps, but there's something so beautiful about this mournful ode to the end of love and the end of one person's world, it's like a particularly stunning tombstone. Hushed and elegaic, this song is proof rock stars can grow old with superb dignity.

Maggie's Farm (live at the Newport Folk Festival, July 1965): It seems hard to imagine these days that Dylan going "electric" stirred up so much fuss once. But listen to this raw molten blast of sound from the Newport Folk Festival where Dylan blew a crowd of Peter, Paul and Mary fans to bits. I love the song, but I love this particular performance of it found on the "No Direction Home" soundtrack even more -- it's a giant middle finger by Dylan, who sings the lines "I AIN'T gonna work on Maggie's farm no more" like his life depended on it. Maybe it did.

Tombstone Blues: Off all Dylan's madcap surrealistic lyrics, this is the one I've always loved the most -- from "Highway 61 Revisited," a rollicking, quite funny tour of whimsy and tragedy. I couldn't begin to tell you what it's actually about, but the way young Bob reels off lines like "The geometry of innocent flesh on the bone / Causes Galileo's math book to get thrown" is just vastly entertaining, like a drunken carny rattling off his spiel to anyone who'll listen. 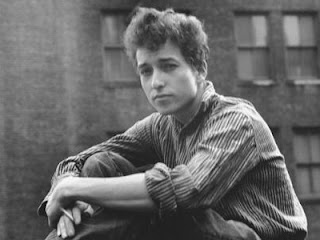 Subterranean Homesick Blues: Did Bob Dylan invent rap? Honestly, if you listen to this classic, you have to at least give him a few nods in that general direction. Free-wheeling and hip, it's a mash-up of Beat poetry and talking blues that pretty much invented a handful of genres of music. And let's not forget that classic film clip of Dylan flipping cue cards to the tune from "Don't Look Back" -- a giant step towards MTV and the video revolution, too.

Lay Lady Lay: One of Dylan's cheesiest songs, perhaps, from the "Nashville Skyline" era where his voice suddenly took on a surprisingly silky crooner's tone. And "Nashville Skyline" is a rather slight album compared to the masterworks that came before it, but I love it all the same - a simple homage to hearth and home, gorgeously produced and one of his biggest hits. Sure, it ain't political or surreal, but it's just a mighty pretty song, and Dylan's written plenty of those for the ages, too.

Idiot Wind: From love to heartbreak -- from "Blood On The Tracks," this is a blistering trip into the eye of the storm of a relationship crumbling to bits. There's a breathtakingly honest anger and plain meanness to this song, which is almost like reading someone's secret diary. It's so intimate it's uncomfortable, as Dylan spits out lines like "One day you'll be in the ditch / flies buzzing around your eyes." But it's a powerhouse because it feels so true.

You Ain't Goin' Nowhere: I have a specific memory attached to this song, of a favorite restaurant/hangout back in Oxford, Mississippi, and the night it closed its doors. A ton of local musicians, including members of the band Wilco, sung the night away to bid the cafe farewell, and a shining highlight was a merry singalong of this Dylan tune. It's hardly one of the deepest of Dylan's catalogue, but it's a song that seems to celebrate being alive, getting out of scrapes and surviving to sing the night away.

Hurricane: For my money, the best Dylan "protest song," although there have been many great ones. An older Dylan takes the raw talent of his youthful songs and adds the indignant outrage that comes with age and experience as he takes on the case of convicted murderer, boxer Rubin Carter. Did "Hurricane" Carter do it? Even if you think he did, by the time the 8 roaringly angry minutes of this song go by you might well have changed your mind. That's what a truly great protest song can do.

I'm Not There: From the legendary "Basement Tapes," most of which have never seen official release, this haunting number was released on the soundtrack of the Dylan homage movie of the same name a few years back. It's Dylan at his spookiest Weird America best, hushed and sounding like he's singing from a million miles and years away.