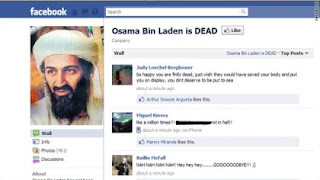 I've worked in journalism for 15+ years now, but rarely have I enjoyed the kind of immediacy I do with my new online job, where all it takes to disseminate your story to the world is a click of the button. This week has been a non-stop onslaught of breaking news -- the royal wedding, some Osama character you might've heard about, and an extraordinarily rare fatal tornado right here in Auckland yesterday.

For both the big global news stories of the last week I've been tasked with running a kind of NZ-centric Storify feed on the website of "vox populi," filtering Facebook, Twitter, Flickr and more into a giant mass o' opinion that runs concurrently with the more hard-news stories. This sort of aggregation is a kind of reporting that would've been hard to imagine 10 years ago -- there's a massive, ever-sprawling pool now of rants and raves and viewpoints online, and it never ever stops. As I "live tweeted" the royal wedding I found it fascinating -- the flow of information is so fast on the Twitter/Facebook feeds that you literally have to just grab and run -- and it was also kind of dizzying, too. After 6 hours straight of reading the world's Tweets on Wills and Kate your brain does kind of turn into mush. 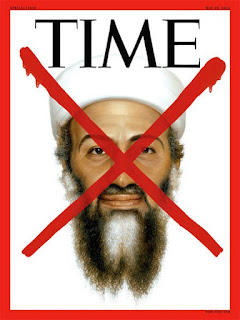 And then the world's most wanted man, Osama bin Laden, met his logical end Monday and it was a whole other set of tweets and comments to gather up. This story was very different from the royal wedding and tended to arouse all kind of firm views. As a fence-straddler, I found myself kind of turned off both by the bloodthirsty patriotism and the sanctimonious moralizing from both extremes.

I agree, people who live in America have no idea how utterly awful the mobs shouting "USA! USA!" looks from overseas, but I also think that at this point in its history, America desperately needed a "win." It seems like dozens of my US Facebook friends are unemployed now, there's a cynicism in US society that never quite goes away, and this long-desired news gave the country something to celebrate, as tacky as some of the cheering may have seemed from afar.

Both stories were strange to watch as an American living in New Zealand -- one dealt with the British monarchy and the possible future king of New Zealand, while one offered a very US-centric kind of catharsis that I don't imagine as many New Zealanders might have felt.

The Twitter/Facebook beast is something wholly new in journalism -- a never-ceasing flow of quotes without having to pick up a notebook. During President Obama's speech on Monday 4,000 tweets came per second. This quoteflow is the sort of thing that has newspapers and journalists questioning their relevance -- although I fall on the side of good journalism still being firmly necessary, as a way to filter through the impossibly dense voice of humanity online these days. By night's end I had 15,000+ hits on the Osama Storify feed -- a kind of instant gratification journalists rarely get.