It's nearly summer in US movie theatres (or winter in my part of the world), and all the blockbusters are lining up one after another. This is the comic-bookiest movie season we've seen in a while. Typically every year there's one or two big comic book flicks but this summer seems particularly high on the spandex and sequels. Here's a handful of this summer's biggest movies and how excited I am to see them on a scale of 1 (might watch 10 minutes on the telly one night) to 10 (I'm already waiting in line). 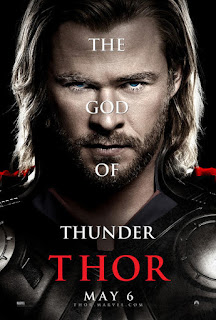 Thor
I always liked the concept of Thor far more than I did the comic books unless they were by Walt Simonson or Jack Kirby. And this first of this year's flood of comic book movies is the first one that feels fresh to me, rather than yet another sequel or standard origin story. You have Norse gods walking the earth, Anthony Hopkins in the role he was born to play as Odin, a spunky Natalie Portman, and director Kenneth Branagh, whose "Henry V" dazzled me with its Thor-like mix of pomp and grit 20 (!!) years ago. I'm not entirely sure the leading man Chris Hemsworth is up to the job here, but I'm quite intrigued by what I've seen so far. Hopefully it doesn't all end up looking like a bad Queen video, but I'd say this and "X-Men: First Class" are most interesting of all the summer's comic booky movies to me.
Excite-O-Meter: 9

Captain America: The First Avenger
And yet ANOTHER first-time superhero. It's unpatriotic, but I've never really been a huge Captain America fan, although Ed Brubaker has been doing some great comics the last few years with the character. So I'm not as psyched about this as I was about the first Batman or Spider-Man movie, say. But Chris Evans is very solid casting, and what footage I've seen is intriguing. Setting it during World War II could work, or it could come off as a bit hokey. I'll probably see it in theatres like I have most comic book movies since 2000, but I want to feel a bit more energy first.
Excite-O-Meter: 6.5 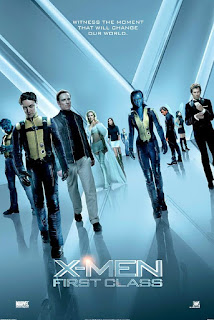 X-Men: First Class
Speaking of which, The X-Men franchise may be running low on steam, but I'm intrigued by this one. I like the decision to set it in the 1960s, giving it a kind of cool retro-Mod design, and both James McAvoy (as young Professor X) and Michael Fassbender (as Magneto) are excellent casting. I'm not too sure what the actual story is about, but "Kick-Ass" director Matthew Vaughn is at the helm, so I'll go see.
Excite-O-Meter: 8

Rise of the Planet of the Apes
I love the old '70s movie series, barechested Charlton Heston and all, and this is an intriguing kind-of-not-really remake of the fourth film in the series, "Conquest of the Planet of the Apes," taking on how the apes came to rule the world. An interesting trailer is out which is a bit clunky (I like how someone described it as looking like a zombie movie but with apes), yet it's a far more intriguing plot than Tim Burton's frankly awful remake of the original. But are CGI apes really an improvement over awesome rubber masks?
Excite-O-Meter: 6

Harry Potter And The Deathly Hallows, Part 82
Y'know, I know I've seen all the Harry Potter movies, but honestly, I barely remember much of them past about part 4. They're all perfectly adequate adaptations, but somehow, they've never really risen to the realm of fine art for me ("Prisoner of Azkaban" is the one I remember the fondest). So I might see this eventually, but I have to admit there's no substitute for them old-media books for me really.
Excite-O-Meter: 4 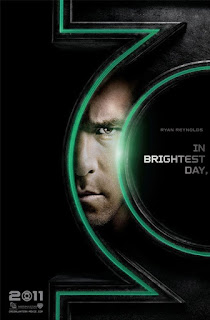 Green Lantern
Another "second-tier" superhero makes it to Hollywood. This could go either way, really. I like the concept of Green Lantern, and I like Ryan Reynolds, who's been appealing in a variety of movies. The latest footage is pretty cool, going for a kind of "Star Wars" meets "Cops" vibe with some striking design work -- although Green Lantern's costume looks a little too heavy on the CGI for my liking. It'd be nice for a DC hero other than Superman or Batman to succeed on screen, but really I feel this could either soar as lighthearted "Iron Man"-like fun, or be a big miscalculated "Spirit"-scale flop.
Excite-O-Meter: 7

Transformers 3: Dark Side of the Moon
It was kinda cool to see the big robots come to life in 2007, but it was a Michael Bay film, so there wasn't much to it. Never saw #2, and no interest really in seeing #3 either. I miss the clean if clunky designs they had for the robots on the old TV cartoons myself.
Excite-O-Meter: 2 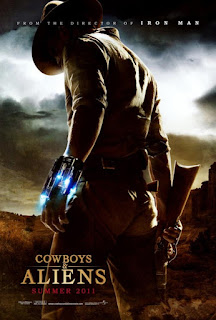 Cowboys and Aliens
Harrison Ford and Daniel Craig in a movie that's about exactly what it sounds like. Steampunk mashups of this sort can be like "Wild Wild West," but it'd be nice if this was actually good. "Iron Man" director Jon Favreau is doing this, so there's hope, but gosh, it feels like the last time Harrison Ford really tried in a movie was back in 1997's "Air Force One," so I dunno....
Excite-O-Meter: 5

Pirates of the Caribbean: On Stranger Tides
The first one was good fun, the second one went right up its own laboured and overcomplex mythology and lost all sense of fun, and I didn't even see the third one. I might check this out one day as it promises to be more self-contained, but really, Johnny Depp is kind of slumming it doing this for a fourth time.
Excite-O-Meter: 4

Cars 2
The boy will drag me to it, and I quite liked the first one even if I couldn't really swallow the idea of an entire ecosystem apparently built around anthropomorphic cars. Seriously, where are all the people? Did Lightning McQueen and his mates kill them all?
Excite-O-Meter: 6