If the devil is six, then God is seven 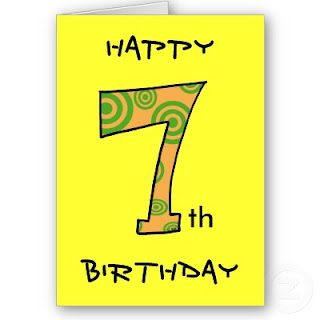 So apparently I've been doing this blog thing for SEVEN YEARS as of today. Which is like nearly one-sixth of my LIFE. Good god. That's a lot of bloggery. Blogging is such a relatively recent phenomenon that there's no real determination of its life span yet. Do blogs live forever? There's probably not a blog out there much more than 10 years old at this point. Am I at the end of its life or the midpoint? If a blog falls in the forest does anyone hear?

I dunno. Like most people who've been doing this for more than a year or two I've had a love-hate relationship with the blog, sometimes, even going so far as to take a long hiatus last year. But I'll keep on keeping on at least until we develop the technology to beam my ramblings directly INTO YOUR MIND. Sure we've got Facebook and Twitter to play with as well, but can I go on about old Peter Sellers movies, concert reviews and mix tapes for 1000 words at a time on there?

Also, I've recently changed the url or address of this site to my own goshdarned name, so it's now nikdirga.com -- although the old address works just as well. I mainly wanted to scoop up my own domain so the thousands of speculators out there eyeing it don't steal it first. You also may need to update RSS feeds/bookmarks accordingly!

And as always, thanks to those of you who keep reading my occasional scribbles. Thanks!
Posted by Nik at 12:01 AM