Un-Thanksgiving Shuffle: Yes no maybe, I don't know, can you repeat the question?

...So when the international news at work is all blood and chaos, I guess it's kind of weird of me to find today's most life-affirming story to be yet another death. But that's curiously how I felt about seeing today on Reuters the passing of the titleholder for oldest person in the world, Edna Parker, at age 115. Walking home from work listening to the ol' iPod, I thought a bit about Mrs Parker, who was born in the holy-god-long-ago year of 1893 and nearly made it to 2009. Born when Grover Cleveland was president, died with President-elect Barack Obama. It's cliche, I know, but man, what a span of years to have lived through, from the 19th century to now, when pretty much everything around you has changed in the course of living. 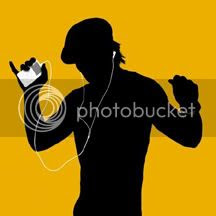 To put it in perspective, when the oldest song on today's shuffle, Elvis Presley's "I Don't Care If The Sun Don't Shine,"** came out in 1954, Edna Parker was already 54 years old and not even halfway through her life. Is it life-affirming, in a way, that someone dies at 115, makes it through the craziness of world wars, nuclear threat, religious fanatics, cable TV and the Internet in one lifetime? I dunno, but when people are blowing each other up for no apparent reason, I guess just staying around for so very long can sometimes seem a bit of a miracle. Supercentenarians fascinate me a bit, as they do most people.

Frankly, some days 37 seems an awful long time to be alive, really!

* The best 46-second song I've ever heard. With bullwhip!
*** Sometimes I'm curious about the arcane algorithms that go into determining what happens when you press "Shuffle." For instance, why, today, out of 6,500 songs on my nearly full iPod, should I get two random songs each today from the Velvet Underground, Cat Power and They Might Be Giants? The shuffle mystery. Ask Edna Parker if she knows now.
Posted by Nik at 6:25 PM