And now let us hear the fanboy's lament

One of the annoying things about being a bit of a fanboy pop-culture geek is that it often comes with a sense of completism. If I like something enough, I always have the urge to go out and get everything else that writer/musician/filmmaker has done. Which is how we end up with a house full of stuff.

Breaking the chain on that is hard, especially when it comes to music. There are certain musicians whom I will, no doubt about it, get their latest album soon as it comes out, on release date if at all possible. We'll call those "Category 1" musicians -- David Bowie, Bob Dylan, Wilco, White Stripes, Elvis Costello, for instance. 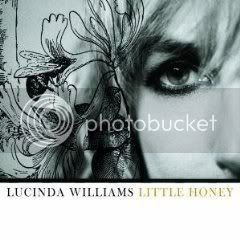 But not every artist whose music I like a lot can be Category 1. For instance, I'm a big fan of Lucinda Williams, love her sultry alt-country style, saw her live back in 2003 (and Peter, huge in Avril's belly at the time, kicked along through the show). Her discs "Car Wheels On A Gravel Road" and "Essence" are stone-cold favorites of mine. But I have to admit her last album, "West", was merely OK for me, a step down from the peaks. Now, I've got nearly every Lucinda Williams disc -- 7 by my count. Her new album, "Little Honey" just came out, has gotten decent reviews -- but it's not Category 1 for me. It's in the land of "will probably pick up eventually, but not a rush." And maybe I can overcome my fanboy completism enough to say, maybe I won't get it at all. (And this is not to pick on Lucinda Williams here, as I do dig her a lot.) 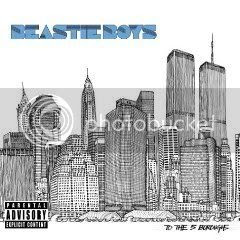 Sometimes a band can disappoint me so much that I may just say "they're off the buy list." The Beastie Boys come to mind -- their last, 2004's anemic, self-parodying "To The 5 Boroughs," seemed a huge step back from the dizzying funk-rap-fusion of their previous few discs. Then there's R.E.M., whom most everyone will admit were on a fairly big slump post-Bill Berry -- their albums after "Monster" were all so dull I've long since gotten rid of 'em, but I did pick up and quite enjoy this year's "Accelerate." So always a chance for a comeback. Frankly, as I look at my ever-blooming CD collection I get to the point where I think, "what is it about this album that will stand out for me, or am I just going to get it because it looks nice next to the others?" This theory applies to books, comics, toys, whatever your poison is.

...Is there any particular point to this little ramble? Perhaps it's just something peculiar to the collector's gene, that you can spend time obsessing over "holes" in your collection of choice and what they might mean. That way lies madness! I guess it's hitting yet another birthday this week but you kind of start to realize that really, you can't ever get every single thing you might possibly be interested in. Nothing can ever be "enough." I have no plans to retreat and dig my head back into the turtle shell, but I gotta realize -- there's a heck of a lot in this world to do and limited time (and money) to do it.
Posted by Nik at 3:00 AM