TV On The Radio: Dear Science, 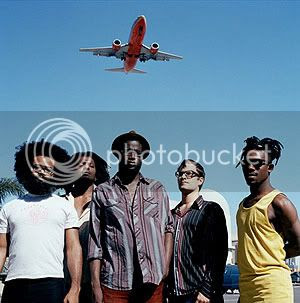 Calling all stations – TV On The Radio is back on the airwaves, and it's worth tuning in for this. The Brooklyn art-rock combo's third disc, Dear Science, is here (yes, the comma's part of the title), and it's a dazzling and inventive "letter to whom it may concern" that's funky, angry and open-hearted.

If TV On The Radio's debut was fuzzy space rock and their second album Return To Cookie Mountain a gritty, tense marriage of doo-wop and industrial howl, this one is a bit more mainstream. It's hard to categorize, hence the one-size-fits-all tag of "art rock" – splinters of Motown, Afro-pop, post-punk splatter and Brian Eno cascade about Dear Science, a test-tube full of influence that still manages to sound wholly original.

They're still a band that thrives on tension, but this is also a pitch for global audiences. I don't know if TV On The Radio set out to create the soundtrack to the Bush years, but the push-and-pull of anxiety I get from their albums makes as good a background music as any. Acidic asides on the state of the nation -- "I'm scared to death that I'm living a life not worth dying for," goes a line in "Red Dress" -- blend with very personal dramas. TV on the Radio are nervous, but their fears make for some unforgettable sounds. 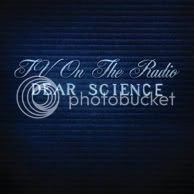 Tunde Adebimpe (the Peter Gabriel-esque wail) and Kyp Malone (channeling Prince's falsetto through a Pixies filter) trade off vocals and songwriting duties, resulting in a diverse yet coherent mish-mash. There's more hip-hop and funk dripping into the band's sound here -- "Dancing Choose" starts off with an outraged rap ("Angry young man / American apparently", Adebimpe sneers) that segues into punchy horns, a smooth chorus and even what sounds to me like an alarm clock beeping repeatedly. The oozingly luxurious single "Golden Age" could be the most uncomplicatedly happy song TV On The Radio's ever done -- if it wasn't for that skittering, unhinged set of beats.

Beautiful downer "Family Tree" evokes the ethereal gravitas of Sigür Rös, while the knock-out "Shout Me Out" starts as a blissed-out reverie that explodes into a scribbly light-speed guitar workout straight out of a Velvet Underground live bootleg. "DLZ" builds up to a catharsis that ranks with the band's best – "Never you mind, death professor / If love is life, my love is better," Adebimpe hollers against a chorus of bleeps, whistles, bangs and feedback.

I think I might prefer Adebimpe's more adventurous, outgoing anthems to Malone's slightly mellower songs, but it's a peanut butter-and-chocolate thing here -- the two songwriters together are what make it all work. Multi-instrumentalist band member and producer David Andrew Sitek is key -- he layers sounds without making it claustrophobic; the dense production is enveloping and rewards repeat listens.

Dear Science, bounces between the poles of love and fear, rage and acceptance, and it's this fierce struggle that animates it. TV On The Radio's music has always felt to me like it's being broadcast from about five minutes into our future. It's a channel I can't wait to tune into again.
Posted by Nik at 11:26 AM