Blue Mountain: Call it a comeback 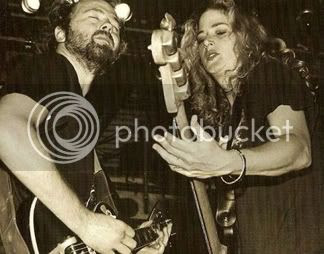 All right, I'll just get this out of the way -- I can't quite be an objective reviewer about Blue Mountain. They were the soundtrack of my college years back in Oxford, Mississippi -- a local alt-country band who were by far the best local band around and one of the best in the American South during the mid-1990s. Frontman Cary Hudson had a husky voice and a mean hand with the guitar, his bass player and wife Laurie Stirratt kept the groove on and provided charming backup vocals, and rowdy drummer Frank Coutch could slam with the best of them. Blue Mountain were the pinnacle to me of a great local band, friendly and open and they could always be counted on for a fine old show.

And it's not too much of a stretch to say we all ended up friends -- Oxford isn't that big a town, after all -- we'd be in the front row at every gig, Cary would come over and jam on our front porch back in Oxford with our friend Noah, and I remember one time a bunch of us had a mighty fine meal of venison sausage after felling a few trees (!!) out on their backwoods Mississippi property. 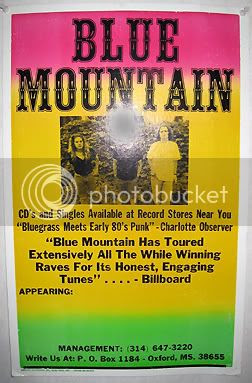 They're good guys, this band, and I'm proud to know 'em and sometimes pimp for them in my journalistic capacity. (One of my first "real" publications was a review of the band in Billboard magazine back in 1994, a quote from which the band kindly included on their gig posters.)

Blue Mountain never quite made it to the top level of the then-booming alternative country scene with bands like Uncle Tupelo, Whiskeytown or the Jayhawks, but carved out a comfortable niche for themselves. Most importantly, they had sincerity, and genuine love for what they were doing – lord knows I saw them live enough times to get an appreciation for pulling the hard yards and endless touring it takes a band to succeed. I even drove six hours round-trip to catch them in San Francisco one frigid night after I'd moved away from Mississippi. I was sorry to hear that Blue Mountain broke up around 2001, after a run of excellent albums on Roadrunner Records. But here it is just a few years later, and Blue Mountain is back together giving it another go with not just one but two albums, the all-new Midnight In Mississippi and the compilation Omnibus. 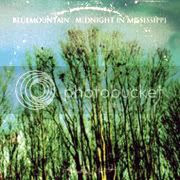 Midnight In Mississippi is a solid comeback, although it doesn't quite break any new ground for the band. It's a fine collection of open-hearted alt-country tunes, switching between rowdy hoedowns and gentle ballads. Lyrically, it feels like the music of an older rocker looking at his wild youth and coming to terms with what lies ahead. Lots of the songs look backwards – one sugary sweet, slightly tongue-in-cheek number is even titled "'70's Song" and its gorgeous harmonies brings to mind the Carpenters. But the best songs here are the loudest -- a rip-roaring "Midnight In Mississippi" name-checks all the old Oxford haunts of the band and is carried along by a tight harmonica-and-guitar riff. "Gentle Soul" has that jamming on the back porch feeling that Blue Mountain always excelled at, while "Skinny Dipping" mashes together cowpunk slash and folksy rhythm into a terrific bawdy romp. Some of the mellower numbers get a little drowsy, but overall, Midnight In Mississippi is a strong, mature effort. 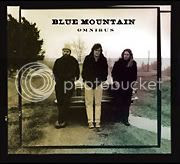 The second "new" Blue Mountain disc of 2008, Omnibus, is a "sort of" greatest hits collection – the songs were re-recorded from a selection of the band's previous albums. These are songs that should have been hits in a better world – the road anthem "A Band Called Bud," the raucous "Bloody 98," the bittersweet gem "Soul Sister." When Cary breaks out with the guitar solo on "A Band Called Bud," and roars out, "I'm a rock and roll soldier / no time to think of getting older," the memory of a hundred fantastic live gigs comes back to me. As one nitpick, I'm frankly not nuts about some of the re-recordings -- both the lovely ballads "Myrna Lee" and "Pretty Please" are replaced by overly slick and polished and in my mind inferior takes from the haunting, spacious Sun Studios-evocative originals. But it's a solid primer, although I'm sad to see their classic populist anthem "Jimmy Carter" isn't included.

If you're an old fan of Blue Mountain, I'd like to think Midnight In Mississippi will seem like a welcome return home. But if you missed out on Blue Mountain the first time around, check out Omnibus and some of their back catalog too – it's full of treasures.
Posted by Nik at 8:41 AM