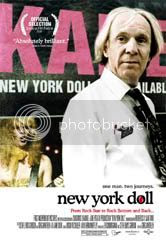 Arthur Kane is the kind of guy that could be anybody – tall, balding, vaguely bashful and yet kind-eyed, the man in the tie riding on the bus to his anonymous job. He’s a devout Mormon who works in the genealogical libraries of the LDS church.

But once upon a time, he was a member of the pioneering glam-rock band The New York Dolls, and his nickname was “Killer.”

“New York Doll,” a great, gripping documentary feature, tells us the story of the rise and fall and rise again of Arthur “Killer” Kane, who lost a life as a rock star only to find a gentle kind of peace, and a final redemption. It’s a must even if you’re not a fan of the New York Dolls or even know who they are. It’s about trying to get a second chance at your past without giving up who you’ve become in the years since. 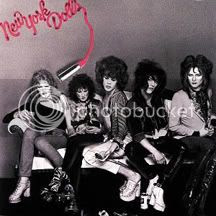 Kane was the bass player for the Dolls, who burned bright and fast through two albums in the early 1970s. The Dolls were trashy, brash and ballsy, and when their debut album hit in 1973 it helped bridge the gap between Rolling Stones-style bluesy rock and the glittery glam and metal of Bowie, KISS and T-Rex. Their quasi-transvestite look and attitude-filled gutblasts like "Trash," "Frankenstein" and "Personality Crisis" paved a road that later proved hugely profitable – one shot in "New York Doll" compares the Dolls' look with the '80s hair metal acts that made millions ripping them off, such as Poison. The Dolls broke up acrimoniously early on, and two of the five founding members later died of drug-related causes.

Kane stumbled along himself for a long time post-Dolls, in failed metal acts and movie bit parts, until the day he discovered The Church of Jesus Christ of Latter-day Saints. He’s a guy who only finally grew up in his 30s, and who at 55 has the kind of relaxed peace only someone who’s been through real hell can appreciate. 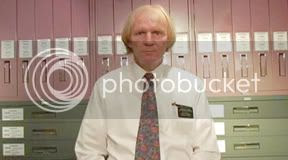 In his quiet life, working with elderly women at the LDS library who can hardly believe he was a “rock star,” Kane ambles along, until one day he gets a call. The Dolls were brought back together in 2004 thanks to British singer Morrissey, of all people, a huge fan who speaks candidly about the Dolls’ influence on him and asked the Dolls to reunite for a London concert. Kane hasn’t played bass professionally in years, but he’s long dreamt of the notion of the “old band” reuniting. The way it all unfolds in “New York Doll” is true to life, yet surprising and real.

What’s remarkable about “New York Doll” is its empathy. “Wild rock star becomes Mormon” could’ve been a joke, but Kane’s conversion is presented as an honest transition for him by director Greg Whiteley. Watching Kane shyly attempting to re-connect with the rowdy Jagger-esque Dolls lead singer David Johansen 30 years later, it’s like watching a high school reunion where you run into the buddies you used to party all night with.

I won’t spoil the ending of ‘New York Doll,” only to call it bittersweet and strangely fitting. Like the best documentaries, “New York Doll” almost seems a magical accident of timing and access. It’s kind of a heartbreaker, like all the very best rock songs are. Seek this rare gem of a film out.
Posted by Nik at 3:10 AM