I know, I know, I'm an appalling blogger. Something like 6 entries in the past month, way off my heyday (can a spatula have a heyday?) and my daily hit rates show it. Unfortunately work, childcare and the ongoing house hunt are all eating up most of my so-called life, with what little time left over spent watching "Doctor Who" episodes, because I do prioritize after all. But I'll attempt to keep throwing something up here as I can, long as you don't forget about this kiwi wanna-be down under...

So anyway, here's a few things I've been digging and grooving on in my Favorites #2: 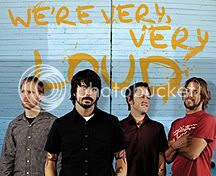 FAVORITE BAND TO LISTEN TO AT 5:45 a.m.: After I switched to my early-morning shift, I realized that say, Nick Drake wasn't really what one wanted to listen to at the crack of dawn on the 20-minute drive to work. Instead, I've found the lounder and harder the better, and for some reason, the Foo Fighters have been fitting the bill lately for me. Not terribly deep, really, but Dave Grohl and co. can certainly thrash with the best of 'em. If I had any hair left I'd be head-banging through the streets of Auckland at dawn. 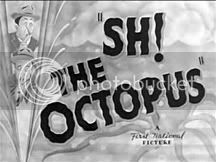 FAVORITE BLOG SERIES: Hey, it's almost Halloween, which I tend to forget about now that I'm too old to trick-or-treat, but my old pal and comics writer Will "Violentman" Pfeifer has been doing a swell series, a Horror Movie Marathon that has been terrific fanboy film writing. Besides the obvious picks like "Bride of Frankenstein" and John Carpenter's "The Thing," Will's been throwing all kinds of cool obscuro stuff into his movie essays (Seriously, "Sh! The Octopus"?). He even riffed on a truly awful forgotten horror movie I saw around age 12, "Dracula Vs. Frankenstein." It's been a real treat to read these witty, trivia-filled pieces and there's still nearly half the month to go! 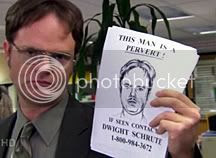 FAVORITE TV ON DVD: We just powered through the Season 3 DVD set of the American "The Office," and this sitcom just continues to be a satirical delight. Like most I was leery when I heard of plans to "Americanize" the UK show, but if anything, I find the American version outshines the original now – it's cuddlier, true, and less bleak and cynical, but that also makes the characters a little more sympathetic. (Steve Carell's deeply flawed but essentially caring Michael Scott is a lot more admirable than Ricky Gervais' more sinister boss.) There's despair here, but it's done in a less grim fashion. It's the supporting characters that make this series so strong – from office sad sack Toby to weirdo Creed to layabout Stanley, they've all evolved from bit players into rounded, hilarious characters. Ed Helms was a marvelous addition in season 3, also. But what a drag it is that TV New Zealand isn't airing the American "Office" anywhere near the U.S. schedule (they just started season 2, while season 4 is underway in the U.S. – and they're airing at 10:30 at night or somesuch. Hence us buying the DVDs). (And don't even get me started about TVNZ starting to air the very funny US sitcom "30 Rock" -- and then pulling it off the air after only 4 weeks. Bastards!!) If you come to New Zealand, don't come for the TV.
Posted by Nik at 4:11 PM