Wherever you go, there you are 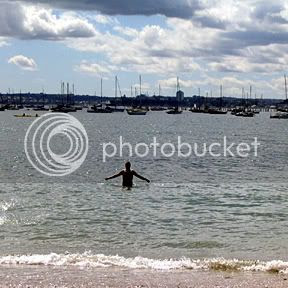 Six months, six months. It's been six months now since we pulled up stakes and left Oregon on the rambling journey that would eventually end us here in New Zealand. And yesterday, I got a letter in the mail approving me for NZ residency, which basically means I'm all but a citizen and don't get kicked out of the country next October. And free govt. health care! Hoo-hah! It wasn't really in doubt I'd be approved what with the kiwi wife and son but it could've been more difficult than it was.

Six months is a curious milestone – back before it all began, I'd tell myself that by "February or March" I'd be feeling normal again. Not so much. It's a far bigger shift than you'd think to give up much of your material possessions, quit your job and become a house-dad, move to another country and into your in-laws' house. Six months since I've worked - the longest gap since I was 16 or so!

We're optimistically planning the future -- which includes the far-out notion of sometime this year actually trying to buy a house of our own, which we'd kind of like to experience before we're 40. That would put some roots down, which is a pleasing notion when I haven't lived in the same place more than 4 1/2 years since I was 18. With the boy, now, we want to provide him some context and stability to grow up in.

None of this is particularly easy, idyllic as the idea of moving to New Zealand might sound and as much fun as much of it has been. There've been lingering bouts with unpredictable waves of depression on my part, times when I'm oddly nostalgic for everything about the past, not just my immediate last home, but all kinds of strange flashes of memory – the pines and rugged granite of my native Sierra Nevada; the dusty strip-mall laden outskirts of Modesto, Calif., where I briefly lived working for an extremely podunk newspaper; the red-brick towering dormitory of my freshman year at college in Mississippi, 11 floors of testosterone-filled male id run amok; my old buddy and roommate Kemble whom I've completely lost contact with the past couple years; the endless expanse of New Mexico highways which I've only driven through once. Nostalgic for things I did a year ago or twenty. Like a never-ending highlights reel.

I don't know what this never-ending flashback-a-rama means, whether it's just my beleaguered brain trying to catalog everything that happens to a person and make some sense of it. I tell myself (and indeed have been told by a couple people) that it's silly to be depressed sometimes about moving to New Zealand and getting to hang out with my 3-year-old son all day and I'm a whiny bastard. But if we could control what happens in our heads life would be perfect, wouldn't it?
Posted by Nik at 4:26 PM

Email ThisBlogThis!Share to TwitterShare to FacebookShare to Pinterest
Labels: immigration, New Zealand, the US of A