It’s May, and down here that means New Zealand Music Month, a celebration I grow increasingly fond of every year. For such a wee little country at the bottom of the world, NZ has a rich and diverse pop music history.

Anyway, so like FOUR YEARS ago I spotlighted a handful of my favourite kiwi musicians here for NZ Music Month and optimistically called that “Part 1.” Here’s part two, with another group of fantastic Antipodean sounds for anyone who wants to learn more about the way-out tunes from down under. This time I spotlight seven young newer bands that are doing outstanding work, and together they do help show that New Zealand pop is very healthy. 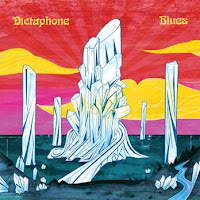 I’m always a sucker for power-pop, and Dictaphone Blues ably follow in the footsteps of acts like Big Star and Badfinger with a bombastic, melodic range of songs on their latest, “Beneath The Crystal Palace.” Shredding guitar solos, heaven-sent harmonies cloaked in a pristine production style, they’re retro in the best possible fashion and well worth a spin.

Snarky and charmingly ramshackle, this combo filters rockabilly through a bit of punk attitude. I’ve read them described as sounding like music from a Quentin Tarantino soundtrack, and can’t quite think of a more apt description. Their songs like “Juggernaut” and “I’m Depressed” roar past you in a snide burst and are a rollicking good time.

To be fair, I do work with the lead singer in this band, but hey, they’re still pretty darned good – a sweeping Kiwi take on Americana that evokes the lonesome open road and heartbreak on the way. “Alt-country” isn’t something that seems very common in Kiwi music but Great North bring class and a distinctive voice to the genre. I’d listen to these guys even if my mate Hayden wasn’t in them. 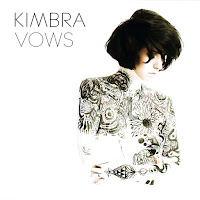 NZ-raised Kimbra has hit stardom on the back of her duet in Goyte’s inescapable Sting sound-a-like tune “Somebody I Used To Know,” but she’s a very formidable talent on her own merit. Even The New York Times thinks so. Her debut album “Vows” is pretty charming, bouncy dance-pop that has just enough strangeness and style to it that it sounds quite fresh – and her voice is remarkably versatile, moving from be-bop scatting to a banshee wail.

Listen to “Settle Down”

The Finn family hold a mighty sway over NZ pop music – Neil Finn’s Crowded House and Split Enz with his brother Tim, and the up-and-coming dazzling songcraft of Neil’s son Liam Finn. But the true heir of “Beatlesque” pop in NZ right now has to be Lawrence Arabia, whose warm, inviting sound is utterly, effortlessly catchy. His tunes combine nostalgic psychedelia with a dreamy wisdom. The songs are light and airy, with lyrics that are subtly amusing and world-weary at the same time.

Tono and the Finance Company 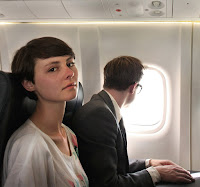 Arch and witty, this young new band have lyrics so sharp that you find yourself rewinding songs to catch the bits you missed. Frontman Anthonie Tonnon writes songs about being young, confused and broke, but with a poet’s eye. Not every band can pull off a song about how a landlord has ripped you off (“Marion Bates Realty”) and have it come off as a sweeping existential ode.

Born from the ashes of the late punk-pop combo The Mint Chicks, UMO offer a bent and elastic take on psychedelic pop. I already named their debut one of my favourite albums of 2011, and still adore it – splicing together elements of psych and funk to make music that skitters about into unexpected corners. There’s a shaggy-dog beauty to this highly rhythmic, yet weirdly melancholy music that sticks in your head.

Listen to “How Can U Love Me?”