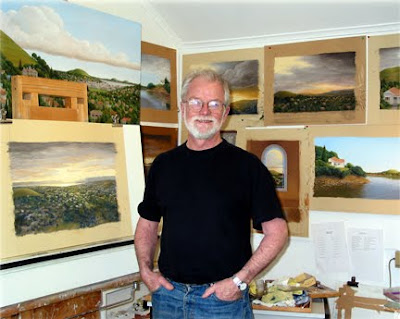 My father-in-law Sir Peter Siddell died peacefully Monday, nearly three years after being diagnosed with an incurable brain tumor, and nearly two months to the day since his beloved wife Sylvia passed away.

To say 2011 has been a tough year for our family would be an understatement. To lose two parents, two grandparents, in less than 8 weeks is the kind of thing I hope nobody has to go through. The deaths were not surprises -- in many ways, we've been preparing for them for several years now. The year has been filled with slow declines, fading away and too many vigils, hospital visits and emergencies to count. There hasn't been a lot of time for blogging, or whatever passes for ordinary life.

Now all that's over. But it really is going to take us a terribly long time to get "over" losing Peter and Sylvia. I'm apparently going to be speaking at Sir Peter's funeral in Auckland Monday, and one of the things I will mention is how unceasingly welcome he was to this strange American joining his family, dragging his daughter around the USA and eventually bringing her home again.

Sir Peter was one of New Zealand's most famous painters, and it's a great comfort that he lived long enough to see his work recognized -- a wonderful coffee-table book of his art came out this year. And the family has a tremendous legacy left behind of his distinctive, uniquely Kiwi work.

Passed almost unnoticed this week was that it's been exactly five years since we moved back to New Zealand. We didn't know then what we'd be dealing with, or that our son would have such a short time with his New Zealand grandparents. But I'm still glad we've been here for it, that we were able to be a part of their lives and that my wife and her sister were so supportive in their final days.

We don't always know what kind of family we'll get when we marry someone. I was extraordinarily lucky and honored to be part of this one as long as I was. 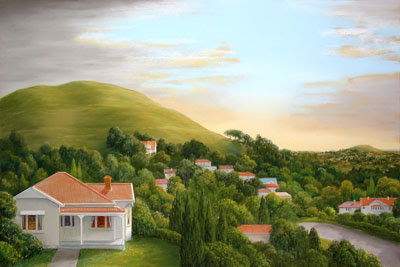