Five Things That Are Cool, Part II*
*(part one here)
1. Interpol's song "Evil" from their hip new CD "Antics". The alterna-rock group moves past their Joy Division fixation that kinda marred their first album as derivative, and creates happier, bouncy but pensive robot dance music. This boppy track keeps going through my head nonstop. It's like a Smiths tribute band reunion mixed with a New Order convention. "You're weightless, semi-erotic / You need someone to take you there..." Groove on.

2. Snikt! I haven't bought a "Wolverine" comic in years but picked up Mark Millar and John Romita Jr.'s debut on the book, Wolverine #20, yesterday. It's a fun ride, with always-great Romita art backed up by a decent Millar script wherein Wolverine is captured by ninjas (ninjas!) and brainwashed to become EEEvil. Not the freshest idea but good execution and the promise of a mean Wolverine tearing his way through the Marvel Universe (confrontations promised with Fantastic Four, Captain America and X-Men in future issues) is inviting carnage. Ol' fashioned superheroics but who can resist a Wolverine run amok? Part one of six, off to a good start. Grade: B+

3. The season's niftiest new TV show "Lost" continues to impress. Episode 3 last night was a nailbiter, with honest tension as more about the castaways and their past is revealed, characters are more developed, and mystery heightens. Just what is the deal with the mysterious Mr. Locke? What did Kate do? When will they run out of food? Why a polar bear? Great action soap opera drama with style, the best reality show that never was.

4. Clerks X 10th anniversary 3-DVD set. Hours and hours and hours more of snoochy-boochie goodness. Spent much time this weekend poring through the contents of this disc, including full-length documentary and cast reunion Q&A. A must for any Kevin Smith fan. 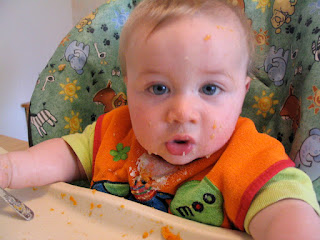