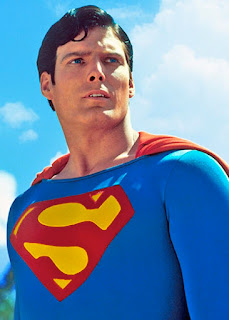 Superman is dead. What a lousy thing to wake up to on a Monday morning. Christopher Reeve put up a brave, good fight, like any superhero would, and somehow, despite dehabilitating injuries that would've killed many other men years ago, I just kind of thought he'd keep on ticking forever, and that, just maybe, he might even fulfill his promise to one day walk again.

For me, no matter if or when they ever get that long-delayed new Superman movie off the ground, Reeve will always be the Man of Steel. His performance stands as one of the best comic book transformations of all time -- he became both Clark Kent and Superman and you never thought, "this is the wrong guy." Unlike Michael Keaton, where you kind of had to stretch your imagination, Reeve just was it. We've had a lot of great comic book movies in the years since, from "Spider-Man" to "X-Men," but in my kid's heart, my favorite comic movie will always still be "Superman II," which put four-colored action on screen like nothing before or since. The moment I'm thinking of that sealed it for me was, at the movie's climax, when Superman appears, hovering, outside the Daily Planet offices to confront the nasty General Zod and his allies: "General Zod — would you care to step outside?" I can't adequately describe the geeky chill that line gave, and still gives me, every comic book clash of titans come to life in one glorious line.

Reeve became typecast as Superman, and the two pretty lousy sequels "Superman III" and "Superman IV" didn't help matters. But he still appeared in other decent movies, such as "Somewhere In Time," and was heavily involved in environmental causes before the 1995 horse riding accident that changed his life. Afterward, to millions Reeve became a real-life superhero, championing disabled causes and using his clout to push for advancing research into one day repairing paralysis such as his. He didn't live long enough to see that research goal reached, but I suspect if one day it is a lot of that credit should go to Reeve's fierce activism. But in my comic nerd way, I'll still always think of Reeve in the red and blue tights, the friendly charm and the way he captured Clark Kent's bumbling exterior. I remember the uncanny acting skills he showed as Kent, in the scene when Lois discovers his identity in "Superman II." The shrunken, withdrawn Kent suddenly expanded, his entire bearing changing, and we saw an ordinary guy become something much more, something strong and powerful hidden within him all along. Come to think of it, that kind of sums up Reeve himself.
Posted by Nik at 5:11 AM