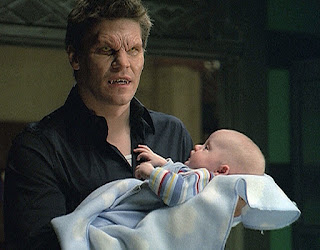 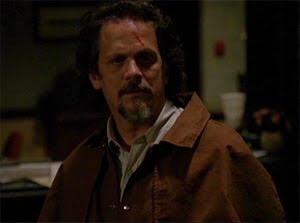 Best episode: There’s several great ones this year, but I have to go with “Sleep Tight,” about as tense an episode “Angel” has produced, with Angel’s baby son becoming a football passed between a variety of players. Wesley’s betrayal of the team is startling, but what’s even more gripping is how horribly his behaviour damages the bond between the friends of Angel Investigations – the easy camaraderie between the gang is broken, and the fallout from this episode lingers through the rest of this season and into Season 4. The shocking finale of this episode, where Angel loses Connor and Holtz, seemingly forever, is a gut-blow to the viewer. (Runner-up status to the season finale "Tomorrow" which has a great cliff-hanger ending -- one character sinking into the sea, one ascending to higher realms.)
Posted by Nik at 10:39 AM