The answer is the question is the answer 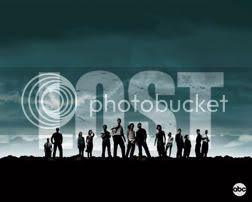 It's been our Wednesday night ritual now for the last six years to watch "Lost," and see where the twists and turns take us next. Now that it's in its final year, I honestly admit I have no idea where this show will end up. It started off as a "when will the castaways be rescued" drama, but that rescue ended up happening in Season 3. Now, it's some kind of time-travelly science fiction existential mythological epic that appears to be, in its last weeks, shaping up into a clash between good and evil god-figures. Not quite what one first expected when Oceanic Flight 815 went down!

The byzantine path the show has taken in the last six years is breathtaking. The closest comparisons to a TV show that I can make is "The Prisoner," or "Twin Peaks" but unlike those shows, which were elliptical and surreal from the start, "Lost" has gradually spun its web into something vast, mythological and occasionally overwrought (any time the series focuses too long on cliched Kate, the "hot girl led astray," for instance). In Series 6, "Lost" keeps spiraling its fractal story outwards, making you wonder how it can possibly all come together at the end in a few months. (We're a couple of weeks behind the show as it airs in the US, so no spoilers please!)

One big theme of "Lost" seems to be that nobody is quite what they seem. Jack, the ostensible "hero" of the show, has turned out to be frequently bungling, easily unmanned and troubled. Sawyer, the loveable rogue, has become the show's angry but steely man of action, while the most compelling character arc has been the one-time villain Ben's gradual redemption. Which might not pan out, of course. 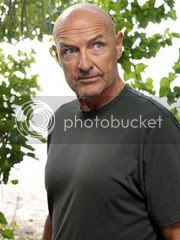 But is there a more fascinating character than the one who I think is the real focus of the series -- poor doomed, then resurrected John Locke. Locke is the man of constantly shattered faith, the endlessly questing philosopher who is always being proved wrong. Locke's dogged search for the answers and the heartbreaking end of this quest is by far "Lost's" most interesting storyline, I think. And in Series 6, it's taken a twist by the resurrection of "John Locke," now host to the mysterious adversary, Jacob's enemy, who appears to be the "main" villain of the series. Or is he a villain? Terry O'Quinn has been great throughout the series as Locke, who swings between clenched confidence and abject misery. Now, as "Not-Locke," O'Quinn makes an absolutely fascinating focus for "Lost's" endless twists. I don't know if the "real" John Locke will return or not -- dead doesn't always mean dead -- but even if he doesn't, John Locke's quest for meaning neatly sums up "Lost."

It's still a wild ride, even if several times an episode the wife and I have to turn to each other and say things like "who's that again?" and "where was Jin last time we saw him?" "Lost" has woven such a tangled web that I feel like I'll have to read some of the inevitable "Guide to Lost" books that will come out once the series concludes.

There will be those who inevitably complain that we didn't get all of the "answers" when "Lost" ends. I would say that a huge part of the story has actually become clear this year. But you know, even if every dangling subplot isn't resolved, I'm enjoying the questions just as much.
Posted by Nik at 4:07 PM