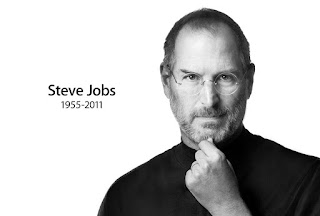 Sure, Apple’s business practices aren’t perfect, and the “hip” factor might put some off. But there’s a reason every other tech company scrambled to come up with their own mp3 players, their own tablets and their own smartphones that aped Apple as much as possible. It’s because somehow, Steve Jobs knew what people want. He’s gone, but he left behind a world that’s very much shaped in his image.
Posted by Nik at 3:57 PM