Today I am Mime Man 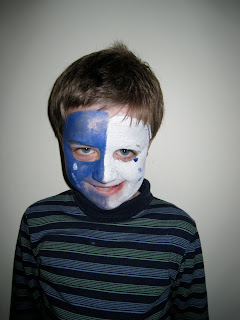 My powers are to mime out stuff and make bad guys go away. I have a motorbike and a plane.

How did you get your powers?

I got my powers by stepping on white and blue tomato sauce at the same time.

John Key [editor's note: The Prime Minister of New Zealand. No, I don't get it either.]

Do you have a partner?

I have a dog named Billy. He bites bad guys' legs and helps us to bad guys' hiding spots.

Who is your worst enemy?

My worst enemy is Superman. Because he gets grumpy sometimes. 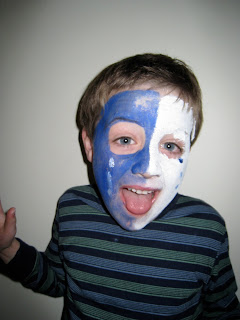 (Cross-posted from Peter's Creations which features lots of cool stuff done by the young fellow at irregular intervals.)
Posted by Nik at 8:28 AM