MUSIC: A triple-threat of CD reviews

Been a busy bee with the writing lately, even if it's not all posted on here. Wrote a 2,500-word profile of a local man who makes chocolate from the raw beans. And I ate chocolate. Will post link to it sometime soon. The story, not the chocolate.
Here's excerpted versions of three reviews I whacked out this week over at BlogCritics – head over there for the full rants: 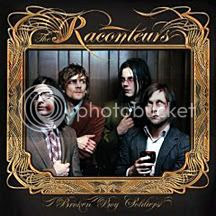 The Raconteurs, 'Broken Boy Soldiers'
Are the Raconteurs "White Stripes version 2.0"? Not quite, but Jack White's new side project bears enough of his distinctive imprint that it's a must for Stripes fans. White has joined together with fellow Detroit singer-songwriter Brendan Benson and the Greenhornes' Jack Lawrence and Patrick Keeler for this new band – not replacing the Stripes, but as another avenue for the prolific White and pals to try something new. White's bluesy yowl and fingerprints are all over the album, and like most of the folks who'll pick this CD up, I admit I'm not really familiar with the work of Benson and the Greenhornes. But together, they make a solid band. The Raconteurs' debut, "Broken Boy Soldiers," is a trippy garage rock disc with a jones for the heavy '70s rock of bands like Led Zeppelin and Deep Purple. The first thing that hits you as the album kicks off is the broadness of the sound. It's a big change from the starker, two-person noise of the Stripes, with the welcome deep thump of Lawrence's bass guitar and Keeler's steady assault on the drums. For the first half of the album, it's an inspiration-drenched blast, with the catchy kick of the lead song, "Steady as She Goes," the Queen-meets-Robert Plant choruses of "Hands," and my pick for best track, the title song, "Broken Boy Soldiers," which has White nearly bursting his vocal cords over a clattering series of hooks and riffs. "Intimate Secretary" is a goofy fuzz-drenched blast, with silly lyrics like "This ringing in my ears won't stop / I've got a red Japanese tea pot." "Together" has the boozy morning-after feel of a '70s AM radio love song, with its optimistic chorus of "You've got to live and live and learn." White and Benson trade off vocals throughout the disc, although I admit I had trouble sometimes telling who was singing what. As the album winds down – and it's only a shade over a half-hour – it gradually runs out of steam. Some of the last few songs are unmemorable sketches, and the last, "Blue Veins," is a bluesy rock jam that doesn't quite ramble long enough to build up to a head. Is "Broken Boy Soldiers" a thrash-rock gem, or just some very enjoyable homages and bashing around? I'm not quite sure yet. It doesn't really have the primal blues-punk heft that I love about the White Stripes; but it's got a broader soundscape, and the welcome influence of Benson's songwriting, which feels more light-hearted than White's touch. For early-summer rocking out while driving down the long highways, "Broken Boy Soldiers" is just the ticket. 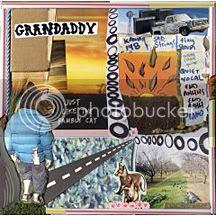 Grandaddy, 'Just Like The Fambly Cat'
Some bands bow out at the top of their fame; others bow out before they even make their first album. After 14 years, Modesto, Calif.’s Grandaddy is calling it quits as their cult fame builds, but they never quite broke through to the mainstream mass audience. Their fifth CD, “Just Like The Fambly Cat,” sounds like equal parts elegy and fond “see ya soon.” The band broke up just before its release, and frontman/lead songwriter Jason Lytle has announced his intention to move from dull Modesto to the wilds of Montana. Even novices to Grandaddy should enjoy the mellow space-rock groove of the album’s best songs. The album settles into a beautiful kind of haze with lonesome songs like “Summer … It’s Gone,” “Rear View Mirror,” or “The Animal World,” with its schoolboy chorus of “joy to the world / it’s the end of the world,” and a cheery singalong apocalypse feel. It all adds up to a kind of nostalgic cruise mix, the perfect soundtrack for driving the orchard-laden vast flat highways through the San Joaquin Valley, bidding farewell to Modesto for good. The album is divided fairly evenly between short and longer tunes, and it’s mostly the ones that stretch out to five, six or nearly seven minutes that have the best tone, given space to breathe. Lytle has crafted an album that’s constantly reaching for bliss and never quite finding it. “Just Like The Fambly Cat” captures that feeling of being caught between the possibilities, rocking with a kind of wistful tension. 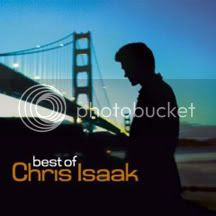 Chris Isaak, 'Best of Chris Isaak'
Chris Isaak is a firm follower in the footsteps of Elvis Presley and Roy Orbison, with immaculate skill, style and a never-ending series of gorgeous, heartbroken laments. But he gives that old Sun Studios sound a distinctly modern spin. Isaak's first-ever career retrospective, The Best Of Chris Isaak, was just released, gathering together 18 of his finest tunes from his nine albums. It's a long-overdue look back at one of rock's most consistent talents, one who is best known for his classic 1990s ode to the broken-hearted, "Wicked Game." And make no mistake, "Wicked Game" is one of the greatest lonely songs you'll ever hear, but it's not all Isaak has to offer. "Best of Chris Isaak" is a well-chosen group of hits and should've-been-hits, such as "San Francisco Days," "Forever Blue," "Please," "You Owe Me Some Kind of Love" and more. Isaak's got a knack for singing sad songs that send chills down your back, with his versatile voice capable of soaring highs and burly lows. While everyone knows "Wicked Game," Isaak's crafted other tunes just as perfect, like "Somebody's Crying," which ambles along on a simple guitar lick, launching into overdrive with a cathartic, falsetto chorus. It's emotion that never feels faked. Casual fans might not be aware that Isaak doesn't just croon, he can rock as well. The sexy, throbbing "Baby Did A Bad Bad Thing" simmers, boils over and explodes with tension. The hit set is nicely balanced between the ballads and more up-tempo numbers. The CD is available by itself or in a bonus special edition that includes an hourlong DVD of Isaak's greatest videos. Even better, Isaak contributes an affable, frequently hilarious commentary over each of the 18 videos included. "I should have my own fragrance," Isaak jokes at one point as gauzy romantic images slide past. Well, why not branch out?
Posted by Nik at 3:09 AM